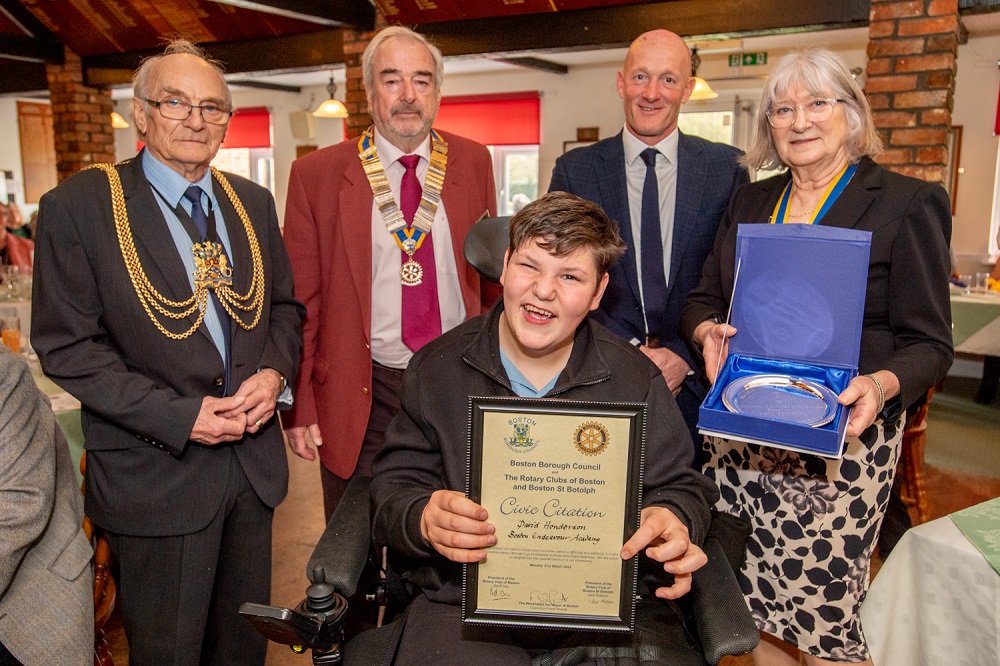 Local young people have been celebrated at The Children of Courage Awards, hosted by the Rotary Clubs of Boston.

The awards are given to those who have shown exceptional courage in their lives by either overcoming personal adversities or through personal sacrifice for others.

BEA pupil, David Henderson (15) was nominated for remaining ‘positive and upbeat’ despite a painful leg condition.

“Over the last few years, David has struggled to use his legs effectively which has affected his use of his walker. In September 2021, David had surgery to straighten both his legs with the intention of improving his mobility.

“For several months, David had to keep his splints on with his legs elevated. He has had to make regular trips to Sheffield Hospital and in January we received confirmation from the hospital that his legs have healed well. This meant the splints could be removed, he could then resume the use of his specialist equipment and commence weekly hydrotherapy sessions as a form of rehabilitation.

“David will continue to require high levels of input from the specialists involved but despite all of the challenges presented to him and the immense levels of pain that he has experienced; he has remained positive and upbeat. David has overcome every hurdle.

“We are incredibly proud of him and can’t wait to see what the future holds for David and his progress towards walking independently.”